Providing relief to customers, the government has extended the validity of vehicle documents such as fitness certificates, permits, driving licenses and registration documents till July 31, if they were to expire after February 1, 2020.

No late fee will be charged for delays in validation of documents pending from February 1
The Ministry of Road Transport and Highways (MORTH) on Sunday announced that it has extended the validity of several motor vehicle related documents till July 31. According to a report in PTI, the government has taken this step in wake of the nation-wide lockdown that has been imposed throughout the country since March. Moreover, the Ministry of Road Transport and Highways also confirmed that no additional or late fee will be charged to customers for delays in the validation of documents that are pending from February 1, 2020. Previously, the ministry issued an advisory on March 30 regarding the extension of validity of the documents related to the Motor Vehicles Act, 1988 and Central Motor Vehicle Rules, 1989.

Providing some relief to consumers, the government issued a circular mentioning that, “The fees paid on or after February 1, 2020, for the activity(s) including renewal of documents and in case such activity(s) is not completed due to conditions for prevention of COVID-19 pandemic, the fees paid shall continue to remain valid.” 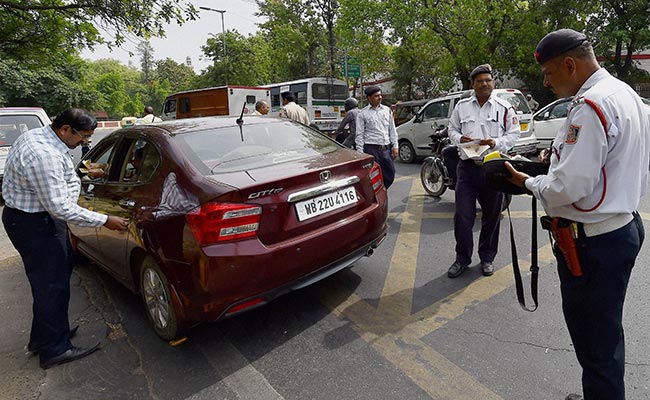 Vehicle fitness certificates, permits, driving licenses, registration documents that would have expired after February 1, are now valid till July 31, 2020

It also mentioned in the official statement that, “If there is a delay in paying the fees from 1st of Feb, 2020 till the period of lockdown there would not be any additional or late fee to be charged for such delays till 31st July 2020.”

An official statement previously issued by the government mentioned, “It was advised that documents whose extension of validity could or not likely be granted due to lock-down and which have expired since 1st of Feb, 2020 or would expire till 30th June 2020, Enforcement authorities were advised to treat such documents valid till 30th of June, 2020.”

The report also underlined that the government has noticed that people are facing several difficulties with regards to various fees or late fees mandated under the rule 32 and 81 of Central Motor Vehicle Rules, 1989 because of the lockdown in the country as well as the closure of government transport offices.

There are many cases wherein the fees have been already paid by the consumers, for the renewal or service. However, the process could not be completed because of the lockdown. The citizens are finding it difficult to deposit fees due to the closure of numerous RTO offices across the country.

Selena Gomez Wore A Swimsuit That Shows Off Her Kidney Transplant...

‘I’m constantly worried about being evicted’

Glad To See Me

Unperturbed by impact on production, OEMs are sticking to Q1 targets;...